In September, we conducted a survey of our 30 000 users to establish if they are happy with Memsource, and why. A lot of responses that came in were both detailed and provided insights into what translation companies, freelancers, enterprises and even universities want from their CAT-tool. Today, we share some of this data.

Firstly, we’ve discovered that 93% of users expressed satisfaction with Memsource. 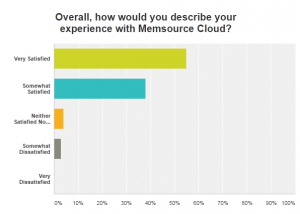 Experience with Memsource - all users (% of responses)

The ratio of satisfied corporate users is even better with 96% of users expressing their satisfaction. Four out of five project managers (PMs) from translation companies and enterprises are very happy with Memsource. 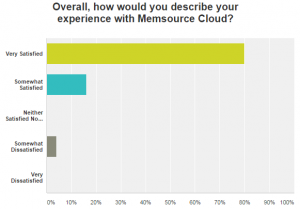 Experience with Memsource - translation companies and enterprises (% of responses)

For us, this level of satisfaction expressed by users is a fulfilling and gratifying result, but we recognize there is room for improvement and will seek to improve the user experience to get as close to 100% as possible.

The most interesting finds were the reasons which contributed to a positive (or not) experience. What’s important for project managers? What are the principal requirements of freelancers? In Memsource both groups collaborate in a single environment. That’s why the bulk of responses concerned commonly used features. 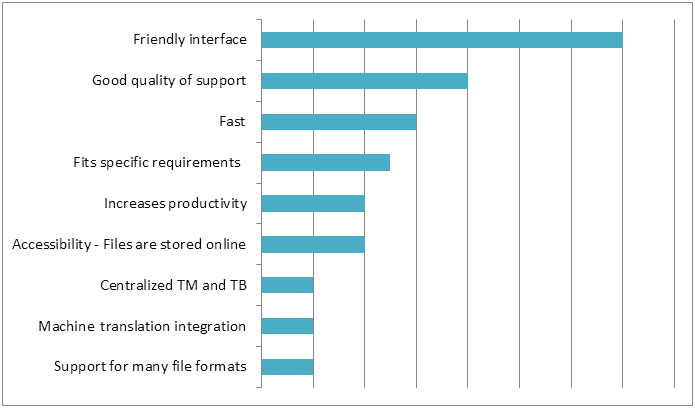 Friendly Interface is the King

Number one cited reason for user satisfaction is how easy to learn Memsource is. According to the survey participants, the interface of the service is “simple”, “intuitive”, “clear” and “user-friendly” – to a point where it defines the whole experience.

PMs enjoy it that they can introduce freelance translators to the system quickly, and the linguists value not having to spend much time learning the program and can instead focus on paid work.

New users can learn Memsource Cloud in less than one hour, 72% of respondents agreed. This is especially useful for running large-scale projects and introducing translation memory technology to an enterprise that previously did not use it.

As a cloud-based software, Memsource can introduce most updates at any time without disrupting the work of our customers. Whenever a bug is detected, the Memsource team fixes it on the server. The user is not required to re-download or reinstall, and this is a huge advantage over desktop CAT-tools, and is especially important for Agile projects.

To demonstrate: the survey respondents pointed out a number of improvements for Memsource, and in less than two months since, our team has implemented over 55 fixes and new features. Few tools on the market can develop with the same velocity.

In addition to this ability to change the software on the go, Memsource has a support forum and email support system. 63% respondents said that their technical questions had been answered and problems had been solved by these two within one day after posting the initial issue.

CAT-tools Have a Need for Speed

Many users noted that Memsource is fast. Translators cited the speed and responsiveness of the Memsource (Web) Editor. For PMs it was important to create new projects with a template in a couple of clicks, as well as that data comes through API fast, allowing for smoother integration with other systems.

“Speed” as a criterion has more significant impact on experience than even “increase in productivity”. Users naturally expect a translation memory program to allow them to translate more per day, but responsiveness is not something taken for granted. Thus a fast CAT-tool makes its users happier.

At Memsource, we invest heavily in infrastructure so that the web editor and project management suite can run faster.

On a Final Note

A friendly interface, rapid support and being fast have the biggest impact on overall satisfaction. But for individual users, a lot of smaller features make a world of difference.

Survey respondents named over 30 particular functions that mattered to them, from general ones like centralized translation memory and the ability to organize files in the cloud, to very specific ones like seamless integration with the PhraseExpress productivity tool. Personal preferences depended on user group (project managers or freelancers), experience, and language combination used.

We’d like to thank Memsource users who provided us with feedback in the survey.

November 6, 2014
Aston University: "I recommend the Memsource Academic edition to other universities" Middlebury Institute of International Studies at Monterey: "To have such advanced features available in a cloud-based tool is simply amazing"
Read more blog posts