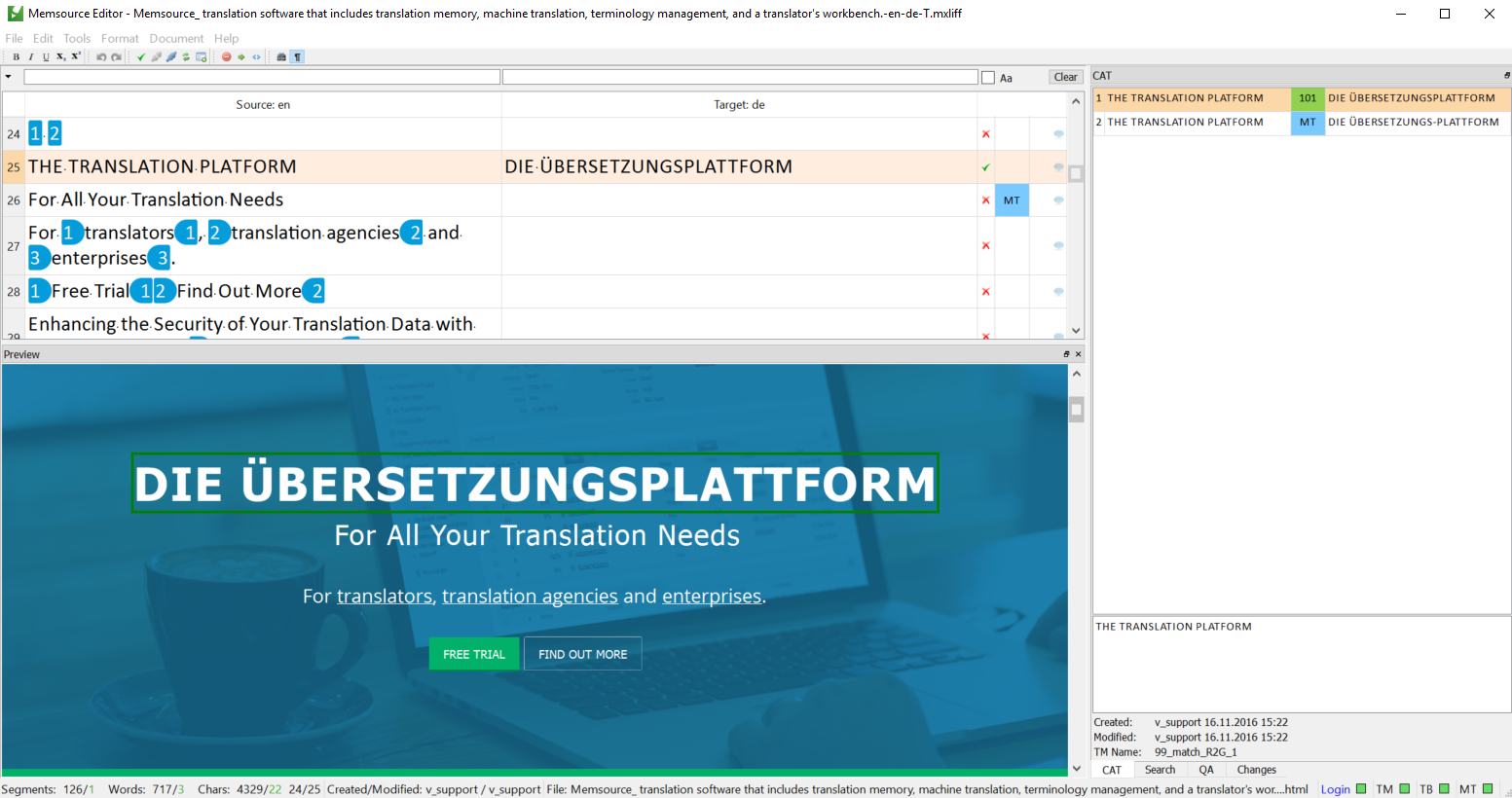 The desktop Memsource Editor and online Web Editor are now available with a real-time in-context preview for Microsoft Word, HTML, and XML file types, including DITA files. The in-context preview allows translators to preview the translation in its native format with real-time changes while translating. This eliminates the need to download the original or translated document separately and provides an instant context for the segments currently being translated.

The feature is available only for jobs created in Memsource Cloud 6.9 (it is not supported for older jobs).

(Editor’s note: this feature was originally released for the offline Desktop Editor, and this article was updated on January 23, 2017 to include the release for the online Web Editor.) 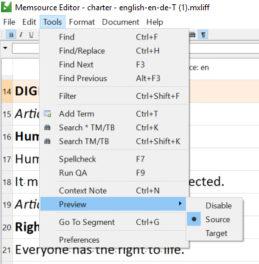 The In-Context Preview is a new feature for all editions and is available for newly created jobs, not for existing jobs already imported into the Cloud. It is available in the Web Editor and the offline Desktop Editor starting from the 6.200.0 version.

The In-Context Preview can be found under Tools - Preview in the menu bar, and users have the option to activate or deactivate the preview window. There is also the option of viewing either the source text (showing the original text unchanged while translating) or the target one.

Using the Preview While Translating 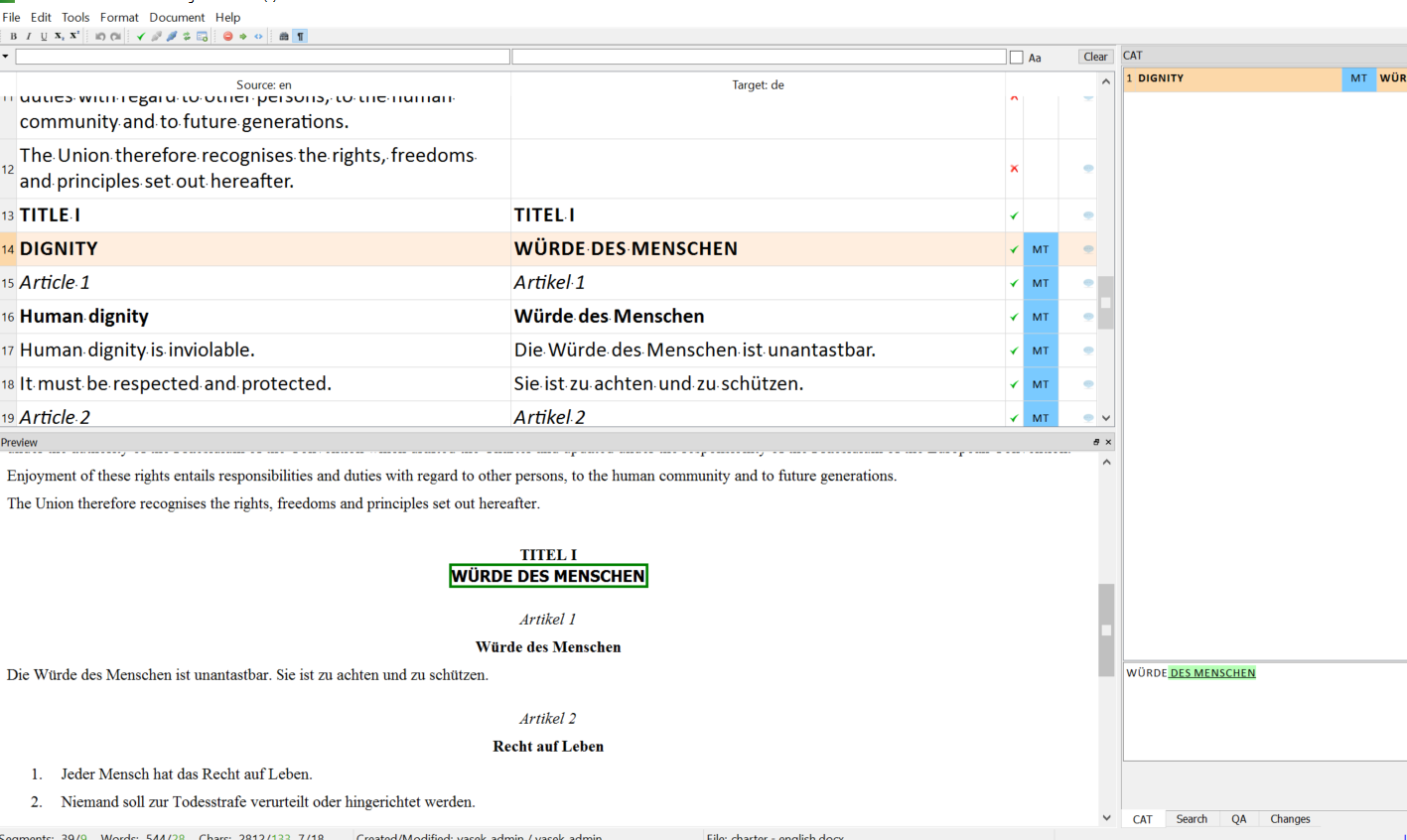 The preview currently supports rich text and will soon support images for MS Word documents (for the most updated list, visit our Help Forum). We are also working on bringing the preview for other file types in the near future. The graph below shows which of the Top 10 most common file types translated in Memsource are currently supported. 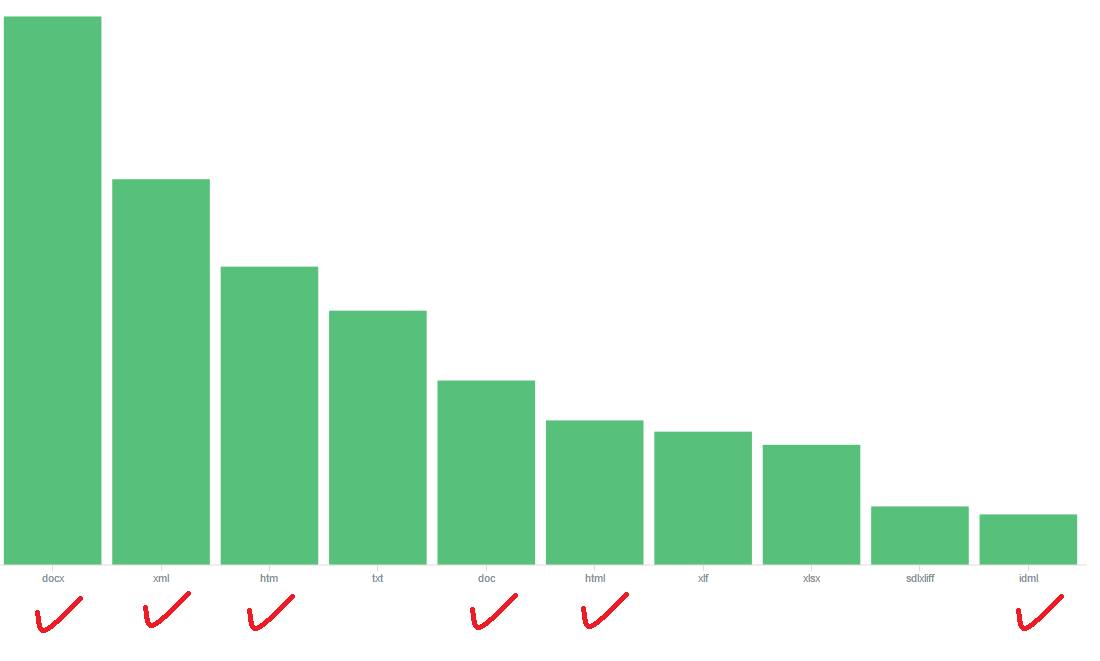 Top 10 Most Common File Types in Memsource - the In-Context Preview is currently available for six formats.

(Editor’s Note: The In-Context Preview feature was originally released for the desktop Memsource Editor, and was later added to Web Editor. This article was edited on January 23, 2017 to include the update.)