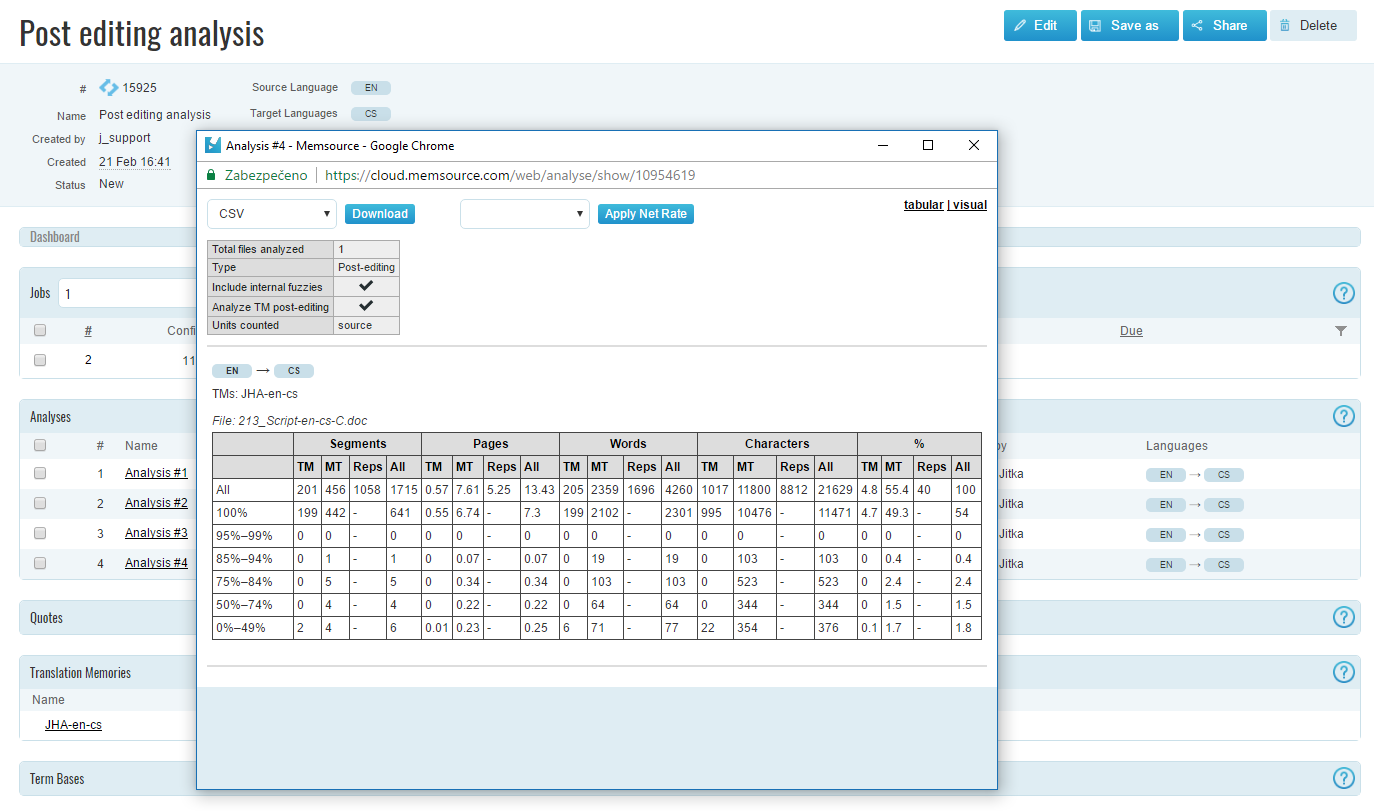 Here is a video from 2012 that shows the main functionality of the Post-editing Analysis (by the way, I produced the video myself - at that time we had a staff of 5 and obviously didn’t have a marketing department!):

The post-editing analysis proved to be extremely useful, not only to establish machine translation post-editing efforts, but also to capture translation memory matches in projects on which multiple translators collaborated.

Another interesting by-product of the Post-editing Analysis was the ability to get machine translation a bit more under control. At some point, translation providers and translation buyers realized that some of the more innovative and tech-friendly translators (kudos to them) had decided to start using machine translation as a way to increase their productivity.

Given the prevalence of desktop translation tools at that time, there was almost no way for a translation agency or translation buyer to actually find out if MT is used by some of their translators or not. The adoption of machine translation into the professional translation process was a lengthy process with a number of technical, process, financial, and other pitfalls; however, to adopt MT as a freelance translator was remarkably easy.

This created a bit of a paradox: there were a number of discussions - mainly theoretical - at numerous industry conferences asking if/how to adopt machine translation. At the same time, many innovative freelance translators jumped on the MT bandwagon and just started using it as an additional support tool that greatly increased their translation productivity.

Here is a screenshot from a 2012 webinar I did on machine translation with (mainly) translation agencies and translation buyers confirming they mostly did not know whether their translators used MT or not when translating for them: 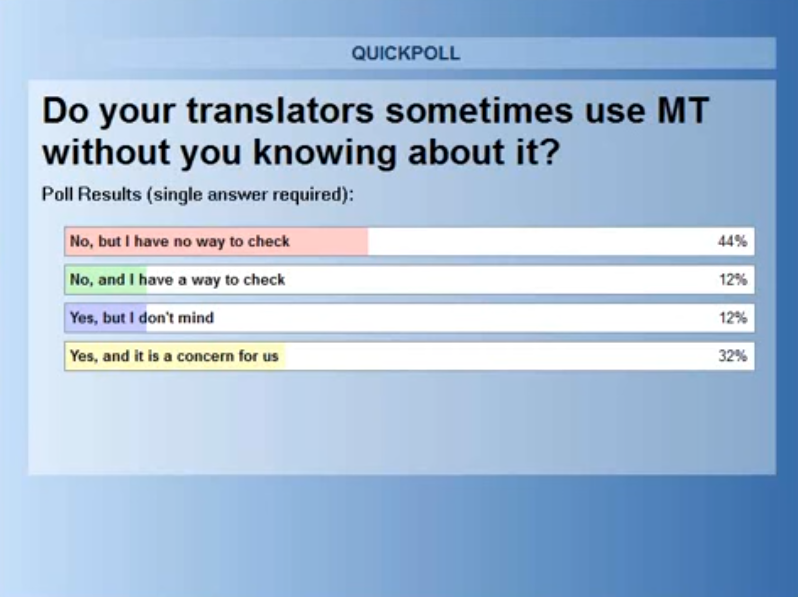 Additionally, drawing on customer feedback, we’ve implemented a few improvements to the Post-editing Analysis such as an option to include translation memory post-editing into the overall results (when translation memory results are not accurate, they need to be edited and the translator should be paid for that). We have also made some technical and security changes to how the post-editing data is stored, so that it is tamper-proof and can be collected when working offline.

I feel like we are still at the beginning in many ways and there is a lot to come, including from Memsource. Stay tuned… 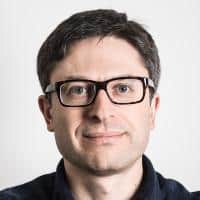 David Čaněk is the CEO and Head of Product at Memsource.