Preserve Layout Changes in the Memsource Editor for Desktop

With the latest release of the Memsource Editor for Desktop, any changes to the layout of the windows will be saved and re-applied when the user opens the Editor again.

It has been possible for users to change the position of the different windows in Memsource Editor for Desktop for a while, but, previously when the Editor was closed, the windows were restored to their default position.

The default layout can be restored using the Restore Default Layout option in the Tools menu. 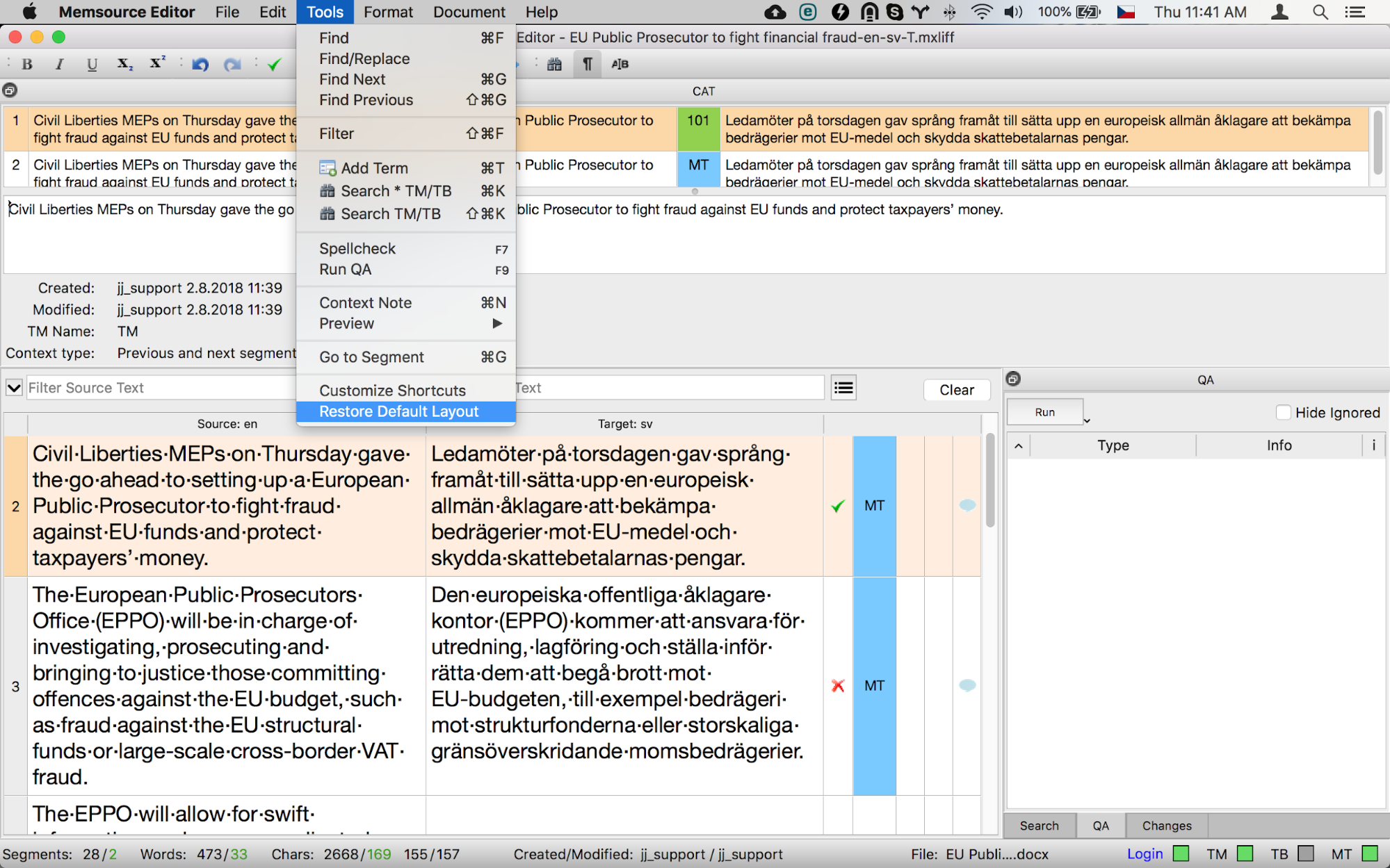