Memsource users can now specify the name and destination of target folders (within the source folder) that are created when translations are done in Memsource via Automated Project Creation (APC). 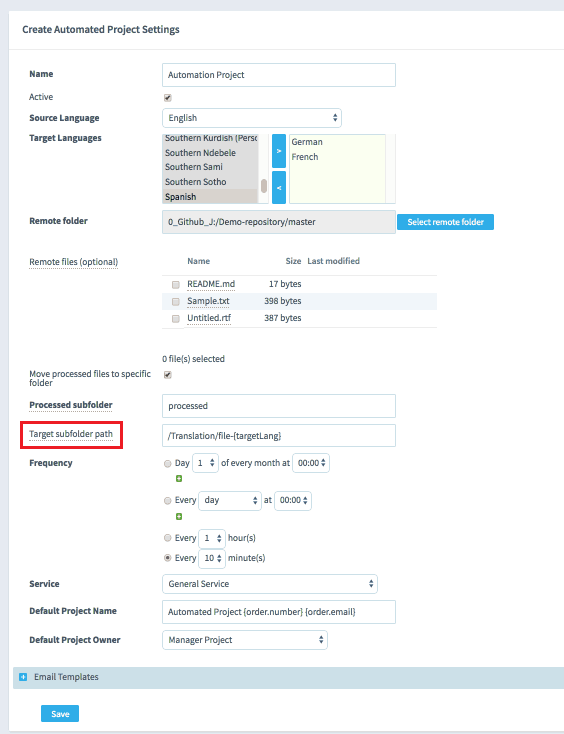 See this article on Automated Project Creation in Memsource.

In addition, when a connector used as part of APC detects three or more instances in a row of a project not being created when it should be, an email notification will be sent to the affected Memsource users.