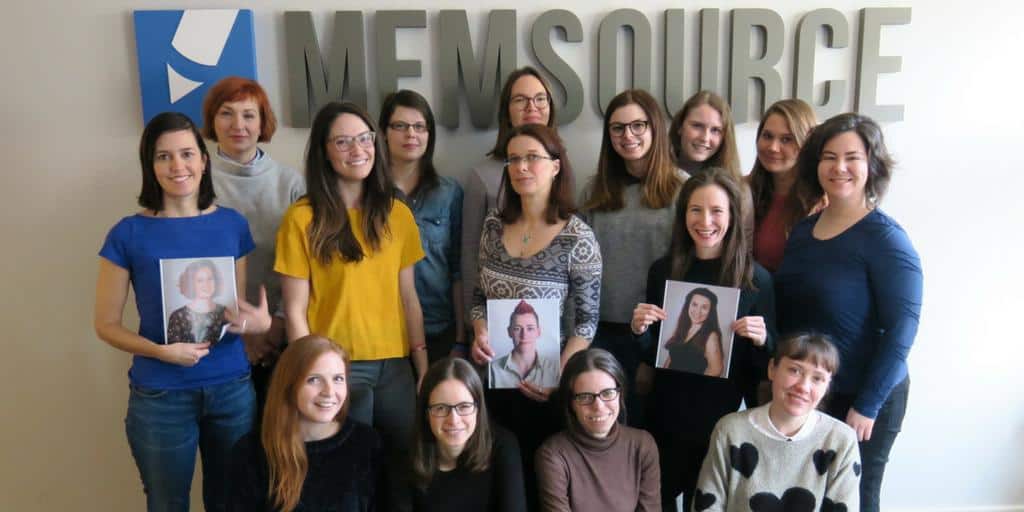 March 8 marks International Women’s Day – an annual day of recognizing the social, economic, cultural, and political achievements of women. This year we’re celebrating by putting the spotlight on three of our female employees who have built successful careers in traditionally male-dominated fields. 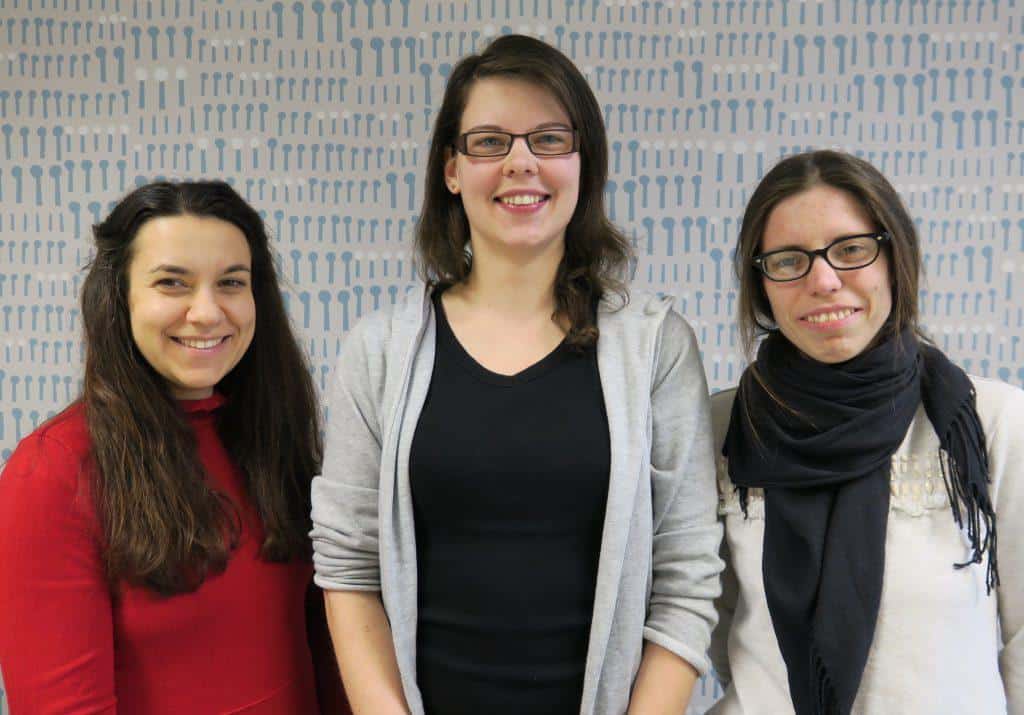 Meet Jana Trojanova, Jitka Hankova, and Laura Radaelli – a powerful trio comprised of a Software Engineer, Product Lead, and Data Engineer. We sat down with the three of them and discussed their interest in technology, what fuels their drive, and how they’ll be celebrating International Women’s Day.

Tell us about your career path. 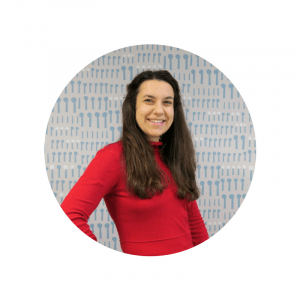 Jana: When I was 5, my brother taught me multiplication tables and I completely fell in love with math. At 9, my brother redesigned the computer game Civilization on paper so we could play since we didn’t have a computer. The game is about evolving from the role of a settler unit into an empire. You need to research technology to move forward, and I was so amazed that I decided I wanted to become a researcher of new weapons.

I chose to study the automation field in secondary school, and while taking a course on machine learning, I fell in love with Artificial Intelligence. AI is my passion. I was lucky to get my first job as a research engineer at Honeywell Prague Laboratory and now I’m a member of the Memsource AI team working on projects related to natural language processing. Our goal is to simplify the work of a linguist. During translations, there are tedious segments like numbers, emails, short sentences that could be translated automatically. My work is to create the system that takes care of these segments so linguists don’t have to.

Laura: I studied computer science in university – my dream was to work as a 3D artist making movies – but then I took a required course called ‘Databases,’ where we had to design a solution for managing data from an airport: flight schedules, delays, reservations, and so on. Making the whole data flow work was quite challenging, a bit like a team game, where all the parts need to play well together to win.

From there I got more and more involved in data management technologies and data processing. Over the past 10 years, I’ve worked with many types of data: from flight records to electricity meters records, locations and movements of people, credit card purchases, and phone logs. I am still quite new at Memsource, so I am sure that my job here will evolve as soon as I get to know more of the systems in place and the needs of the people using them. For now, I work for the AI team. They are doing the dark magic and I make sure that the ingredients are available. A robust but flexible pipeline of data is quite important to be able to test new features and improve the existing ones based on users’ feedback.

As for my shift away from 3D modeling, I blame it all on the professor that was teaching the course about graphical programming at the university. He was kind of obsessed with “realistic light effects” and the class became too much like a physics class… and I lost interest. I don’t see it that much of a loss tough: I can enjoy better 3D special effects in movies because they didn’t become my everyday work!**

Jitka: I wanted to be an astronaut when I was a kid. I remember hearing a lot about space missions when I was a kid. They started building ISS in the late 90s and I was simply fascinated by the fact you could live out there in space, float around the module and look at the blue planet we call home from above. Then I wanted to become the first female president of the Czech Republic. A girl can dream, right?

I didn’t actually cross paths with the tech industry until after finishing my bachelor’s degree. I started working for a dubbing company as freelance translator, mostly as a hobby, and next thing you know I became a project manager in the biggest Czech language agency. As soon as I started working with CAT tools, I wanted to know more about who and what’s behind them. At Memsource I’m a Product Lead for three of our core components: web, backend, and connectors. Being a Product Lead in an agile environment means you must be able to transform a high-level vision into specific steps and communicate it well, not only to the development teams, but also to marketing, support, and customers, too.

What’s been your experience working in a male-dominated field?

Jana: There are really few women in the field, but I don’t feel like an outsider. I have met a few men (usually born before the 1950’s) who were not so happy to see women in the tech field, but it just gave me more electricity to try harder and show them that women are as good as any man. Otherwise everyone has been very supportive. For me, success is the motivator. When trying new approaches we often end up at a dead end, but you have to give it a couple of tries. Every small success provides the motivation to continue and finish the whole thing. 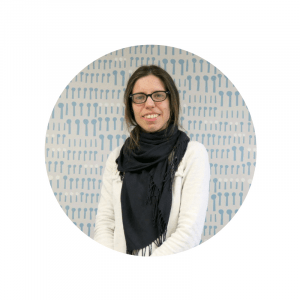 Laura: I like that there is no queue in the restroom! Jokes aside, I think that being a woman in the tech industry pushes me to be better. The stereotype that women don’t understand anything about technology is still strong in some places, so you are driven to prove that this is not the case. It often happens that you are the only woman in the room. This is not a bad thing per se, but in the long run it might make you feel like you don’t really belong. You need to work harder than the others to be part of the group and make everyone feel comfortable. This is one of the many things in life that gets easier with age.

To keep motivated, I always try to work for a product or project that can somehow impact other people. For example, knowing that I am making the work of somebody else easier or faster is very rewarding for me.

Jitka: Honestly, I’ve never given it much thought. I like the fact that I’m surrounded with smart people from different walks of life who are very good at what they do, and I can learn from them. However, being a woman has very little to do with that. I’ve never felt there was anything particularly hard about it, except making the first leap, maybe. Western society still hasn’t fully rid itself from stereotypes like, ‘computers are for boys,’ or, ‘women just don’t have what it takes.’ Yes, you can still meet some narrow-minded people whose views on women in tech haven’t really caught up with 21st century but those encounters are quite rare.

What does the future of women in tech look like?

**Jana: I believe that the percentage of women in tech will continue to increase. It was not that long ago that we didn’t have the right to vote. Now there are many groups for women in the tech industry – continue encouraging young females around you, soon women will spread around the tech field. I had quite a few female schoolmates that were good in math but people around them (often the ones who doesn’t understand the field at all) discouraged them from pursuing a career in tech. **

Don’t let that happen to you.

You don’t even have to like math  – there are other options like human interface design. With the right support, you can do whatever you dream of. I also recommend checking out any of the many free courses you can find online.

Laura: I hope that democratization of technologies among the young generation is going to boost the attractiveness of tech for women. And I hope that the women who are already part of the industry will keep fighting the frequent moments of awkwardness and set an example for the new generations. Don’t listen to people that say that there are jobs more suited to women than a career in tech. Technology is changing our lives so fast that of course women should have a part in it!

Yes, most of the times I could count my female colleagues on the palm of one hand. Now at Memsource, in the AI team we are 50/50. I see it as a great success, but not all teams are that lucky. Moreover, in my career, I’ve only had one female manager. The lack of women in a manager position in the tech industry is also a problem since these are the people that usually have the final say in the hiring process of new team members and these are the people with a higher visibility company-wise and customer-wise.

While I was living in Israel, I was participating in events organized by a group named “she codes;”. It was basically gathering of tech women, sometimes giving an overview of tech projects or introductory courses to new technologies. I recently heard of a cool organization in the Czech Republic that cares about educating girls/women in technology: Czechitas. Unfortunately most of their events are in Czech, so still out of my reach. 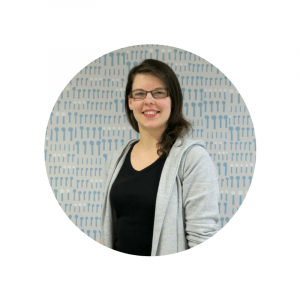 Jitka: I believe we’ll see more and more women joining our ranks in the not so distant future. Even now I can see the ratio slowly changing.

Memsource is a good example of that. A year ago, we had five Support team members, two of them were women. The Product team currently has seven members and four of us are women.

There are also many projects dedicated to inspiring young girls to enter the tech industry and break the myth of technology being a man’s world. And of course, there are many events for women in tech where we can share our experience and that help us grow both personally and professionally. If technology is your passion, don’t let anyone discourage you from doing what you love. After all, it’s you who knows best what you’re capable of.

How are you celebrating IWD?

Laura: Since one of the first and biggest achievements of the women’s rights movement is the women’s suffrage, I kind of already celebrated last weekend by voting for the Italian national elections.

Jana: As a mother of two, my schedule is quite full. I will probably make some sweets with my kids.

Jitka:I actually don’t celebrate the day. I usually forget about it until Google reminds me.

Happy International Women’s Day from all of us at Memsource! 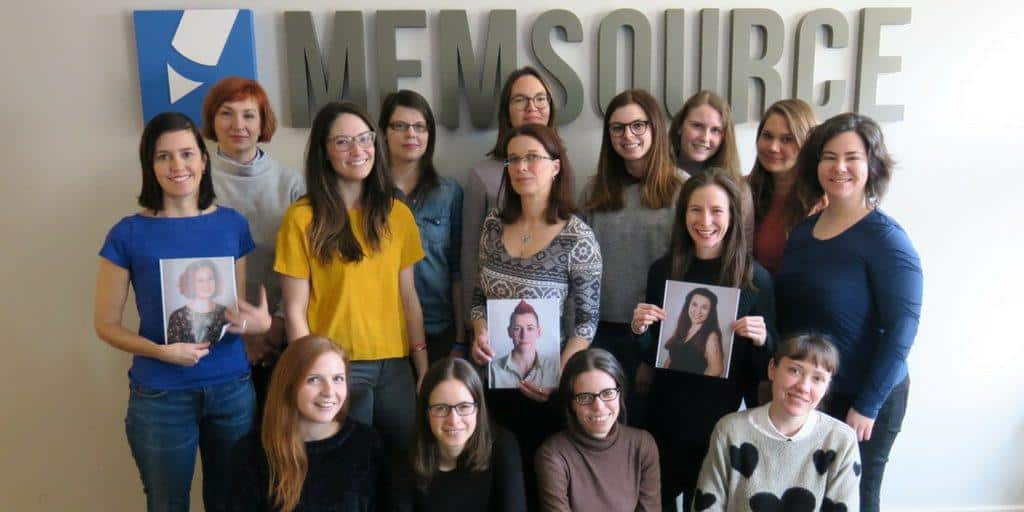 You could be the newest team member at Memsource!