We have significantly improved the accuracy of our spell-checker dictionaries.

Over one million new words have been added to our dictionaries to reduce the number of false positive spelling warnings our users receive. The number of words added for each language ranges from around 2,000 to over 260,000 words, as shown in the graph below, based on the availability of language data and linguistic resources. The languages with the most dictionary additions are German, English, and Russian.

Overall, the improvements we have made to the spell-checker dictionaries have made them a lot more user friendly; linguists can now work even more efficiently and accurately in Memsource Desktop Editor and Web Editor. 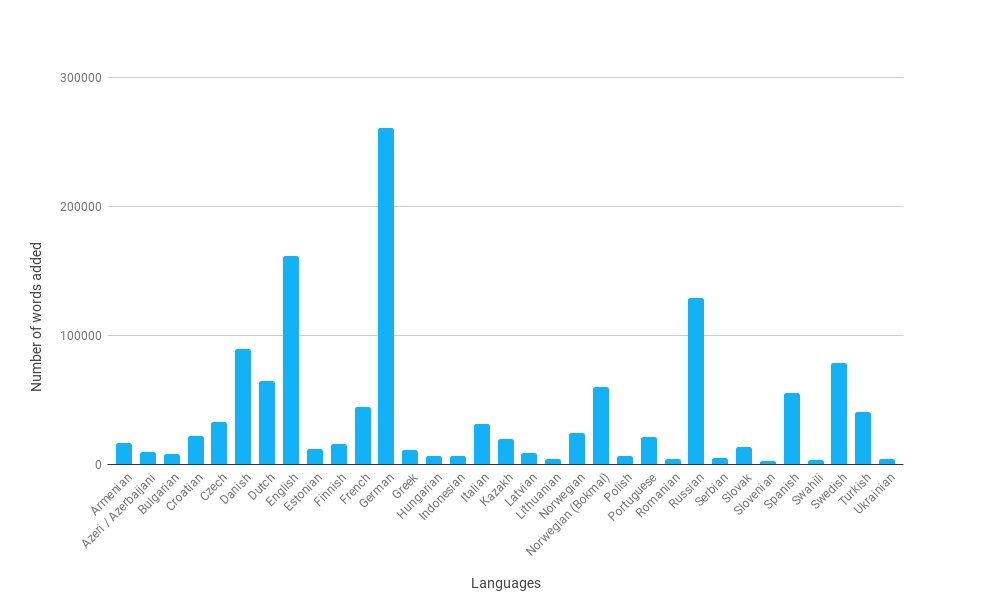 See how the spell-checker works in the Desktop Editor and Web Editor. Which languages and spell-checker dictionaries are supported in Memsource? See the full list.