4 Things I Love About Memsource 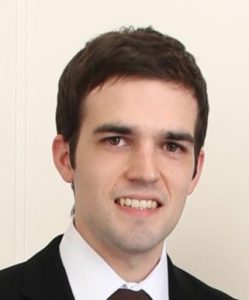 Anthony Teixeira has been in the localization industry since 2008, concentrating on translating from English and Japanese into French for the IT, software, and video game industries. He helps his clients thrive in the French market by ensuring quality__ localization and accuracy while staying on deadline.

I have been working with Memsource for about a year, mostly for a couple of big clients in the IT industry. I will typically update translations on very large files, comprised of a good mix of fuzzy and no-matches. I generally work in offline software, but these are very large projects that need to be updated in real time by several translators.

I was a bit skeptical about using yet another CAT tool, a web-based one on top of that… but Memsource was a very pleasant surprise. Here are four things I love about Memsource.

The speed of online CAT tools has always been a pain point for me. Fortunately, Memsource gets it remarkably right.

Files load and display really fast, even for very large projects. I regularly work on 200-300K-word file sets, and they load significantly faster than they would in desktop solutions. Who would have thought?

Another thing that makes a big difference: when you confirm a segment, you instantly move to the next one, and generally the whole TM/MT/Glossary/Concordance lookup is already performed when you get there. A lot of update and search operations happen in the background, so you don’t have to wait long seconds every time you move from a segment to another. Smart design and programming. Rivals should take notes!

That asynchronous way of working offers many advantages. Say you temporarily lose your Internet connection. You can still keep working on the strings displayed on your screen and synchronize them with the server once you’re live again. Other tools allow to synchronize strings when you like, but Memsource does not interrupt you while you’re typing with tons of error messages.

#2 The Memsource interface is simple and clear

Most desktop CAT tools share this annoying characteristic: as they are developed, they start accumulating all sorts of features of different degrees of usefulness. The problem is that important functions become only accessible through ridiculously complex shortcuts or through a whole series of menus and submenus. Steep learning curve, and poor ergonomics even then.

In contrast to that, Memsource focuses on the essential features a translator needs for their work. It does a lot without the need to ask for it. For instance, if you perform a search or apply a filter, the process will start as you type. No need to press series of buttons.

The interface itself, light and clean, makes a good use of screen space. No tiny fonts, no weird colors, no incessant scrolling.

Working with strings containing tags is always going to be tedious, but Memsource does a great job at easing the pain. When it comes to tag management, it beats all offline CAT tools I’ve heard of. Hands down. You can delete all tags with a simple shortcut (Ctrl + F8) and insert the next missing one with F8. As simple as that. No copy and paste, no submenus where you need to look for the right one. Another clever idea: tags are numbered, which makes them very easy to identify in strings containing a lot of them. Couldn’t be any simpler, really.

Filters and sorting options are great too. They’re exhaustive, very easy to combine, and once again the interface is very responsive. If I want to start a project by editing the longest fuzzy strings, I can do that in a blast. Depending on the type of translation you’re working on, it can result in an appreciable productivity boost.

#4 Memsource is easy to learn, yet complete

In general, one of the main strengths of Memsource is that it follows its own philosophy. It doesn’t try to mimic competitors, nor to offer every single of their features. That’s how you get a tool that is easy to learn, clear and consistent.

And yet, it does pretty much everything you would expect from a modern CAT tool. It handles TMs, MT, glossaries and concordance searches. It comes with a QA module. It shows suggestions while you’re typing your translations. The list goes on.

You can always pop up Xbench/Verifika for advanced QA checks, or a complex text editor for some specific string operations - that’s why there are such tools in the first place, after all - but Memsource already does a lot without having to open a whole bunch of tools or use a set of embedded but under optimized ones.

So what is the verdict?

I perfectly understand why some companies have switched to Memsource, especially for projects involving several translators and/or proofreaders working on the same TMs and glossaries.

It is a very solid and well-defined CAT tool, and by far the best cloud-based solution I have worked on so far (offline tools included). As a very easy to learn, yet efficient solution, I would actually recommend it over traditional CAT software for young translators and for projects where an intuitive user interface is a key to productivity.

Are you not using Memsource yet?

Are you a freelance translator and want to try out Memsource? Start your free 30-day trial today.