5 Tricks from APriori - a Memsource Pro 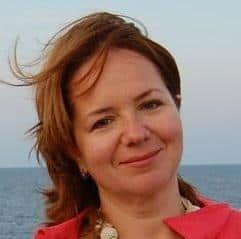 This is a guest post by Yulia Tulinova, the CEO of APriori.

APriori has been with Memsource for 5 years. Josef Kubovsky introduced me to the platform in 2011 at Translation Forum Russia conference. It proved a real find! A cloud-based service had long been expected. Who would deny the value of a platform which allows several linguists to work together on the same document while sharing the same language resources? At the time, the only option was a server-based TM tool, which cost a fortune. So, that first meeting opened a whole new stage for us and we integrated into the company’s workflow a week later. The trial period coincided with a rush job where we had to translate over 1000 pages of facility agreements and other documents for a bank undergoing an audit, and it was to be done in two weeks. My partners and I took a risk and ran this project through Memsource. The result surpassed all of our expectations, enabling us to do a very good job on time. The support team was very efficient, too. Since then, Memsource has been our principal TM tool, and we’ve been following its growth and innovations with great interest.

To celebrate 5 years together, we are sharing some of the tricks we use when working in Memsource.

When we don’t have any time to prepare a clean editable file converted from pdf before sending it for translation, we run the translation and DTP in parallel. A linguist starts translating a downloaded pdf, while a DTP specialist (or a PM) converts and cleans the file. The prepared editable file is then added to the Memsource project and pre-translated using the project TM. Of course, some minor adjustments are inevitable, but it saves a lot of time.

(Editor’s Note: As of Sept. 14, 2016, PDFs can be translated in Memsource through an integration with TransPDF)

Playing with hidden text is our favourite trick. It works perfectly well for legal documents that need to have parallel texts in two languages. First, we copy the original text into the target column. Then we mark the text in the first column as hidden in MS Word, and upload the document to Memsource for translation. After the document has been translated, our PMs open it in the original format. With the second column already into the target language, all we need to do is to mark the first column not hidden. Done.

To mark text as hidden in MS Word, select the text, then right click and go to Font menu. Hidden is one of the checkboxes in the middle. 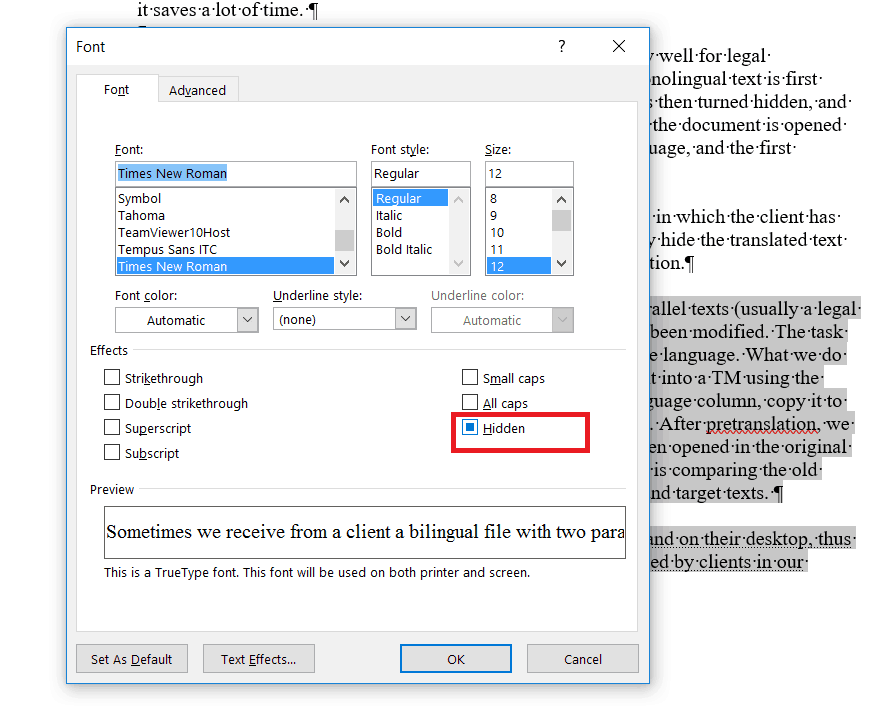 You don’t need to look for separate paragraphs when marking text not hidden. Simply select all and clean the whole text.

3.    Insertions into the translated document.

Sometimes the customers want to modify the contracts we’ve already translated. As negotiations progress, they insert extra conditions, paragraphs, add bullet points, change the names, dates, etc. Another trick with the hidden text becomes handy. Simply hide the translated text and upload the document to Memsource. This way only the new text will be available for translation, and you will preserve the formatting.

4.     Amendments to a bilingual contract.

We encourage our regular clients to keep the Instant Quote Widget at hand on their desktop, thus getting fewer quote requests and more confirmed projects initiated by clients in our Memsource project desk.

APriori, is an LSP specialized in translations for life sciences and travel industries. A GALA member based in Moscow, they are a one of the top-50 translation companies in Russia. As an active user, Apriori has committed to maintaining the community translation of Memsource into Russian.